In June 2017 Forbes reported Beyonce’s net worth to be over 250 million, listing her in the top 50 Riches Musicians and giving her the title of most paid female artist of 2017. Despite losing the Grammys to Adele in 2016, Beyonce’s 22 Grammys leaves her with the second most Grammys won by a female artist to date. Beating out Adele, Alicia Keys and many more.

Beyonce is arguable one of the most influential women of our generation, with Entertainment Weekly quoting Oprah Winfrey stating in an interview in 2006, describing Beyonce as “the definition of inspiration and a strong woman. When I’m around her, I want to stand up straight, pronounce my words right, and articulate”.

But I am not here to talk about the success Beyonce has acquired thought out her career. I am here to ask “does Beyonce matter?”. Are her opinions over her audience so influential that it causes an issue for media ownership? If so, how would it connect to ideas of ideology? 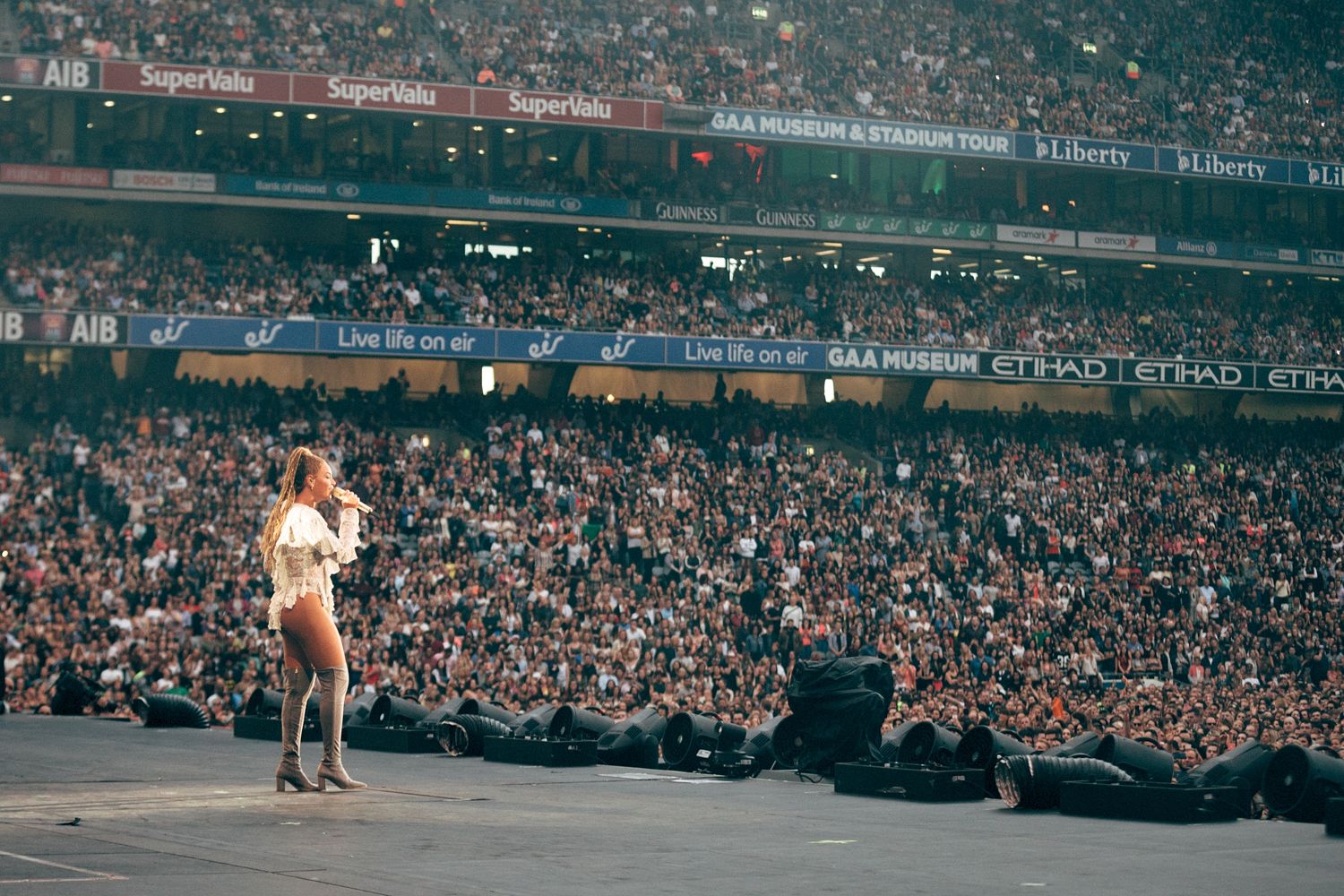 Anxiety over media ownership is becoming increasingly important as media outlets are expanding. The main concern is if one person were to control a large portion of the media, their ideas would influence the audience’s ideologies.

This particular concern has been compared to the Nazi propaganda in the documentary; The Power of Nazi Propaganda. In The Handbook of Mass Media Ethics the book explains how political propaganda is where the ideology is spread through mass media to get the public to behaviour or believe planned ideas. But back to the question “does Beyonce matter?”, are celebrity accountable for the repercussions of the effect when they spread their opinions?

On the 28th of October Jay-Z opened Tidal: A subscription-based music streaming service. What made Tidal different from all the other streaming services is it was owned by the Artists, from Beyonce to J. Cole and from Chris Martin to Madonna. So, when Beyonce had released Lemonade, it was only available on Tidal forcing many people to join the streaming service. Tidal is now considered the number one streaming site for Hip Hop and RnB. Beyonce’s involvement caused many to subscribe to Tidal, regardless of the monthly price being over three times more expensive than its top 2 rivals: Apple Music and Spotify.

Many fans of Beyonce will; download or buy a song in which she features regardless of how much they like it, they will retweet everything she tweets, convince themselves to share the same opinions as her and subscribe to an extremely overpriced streaming service to listen to her music. I know this because, unfortunately, I am one of those fans.
Yes, Beyonce does matter. Everybody has an idol, and their idol most likely has a cult fan base. Comment below and follow my social media!