“Chinese and Korean blockbusters argue that the blockbuster is no longer American owned. The idea may be borrowed and translated, but this should not be understood in terms of the original and the copy, where divergence from the original mark’s failure of authenticity” (Berry 2003, p.218).  The cultural effects of blockbusters can be attributed to two ways, cultural appropriation and global cultural hegemony. If blockbusters are the cultural markers of American capitalism, then globalisation, or the shift of cultural activity and production ‑ and particularly in terms of mass media production ‑ has had a particularly significant effect. In the U.S., there arose a production company in the late 1920s, called MGM Pictures Inc., which made its money mostly through the film market. One of its early major successes, “The Wizard of Oz” (1940) , was an epic fantasy adventure film that is popular today, with a huge audience, in the U. S. It is, however, a film that does not seem to have made much cultural impact in Japan, or even of Japan in general. However, “The Wiz” (1978) is the African American adaptation of the 1974 Broadway musical. The film had an all-black cast featuring Michael Jackson and Dina Ross. During the 1970s White-American culture was so vastly different to African-American culture, it could be considered as a form of hybridisation.
Every new hybrid film is a chance to do something truly unique in a nation and on an international scale. This is hybridisation, where powerful media (starting with Hollywood films) travel across the globe being remade and remixed in national and local cultures. 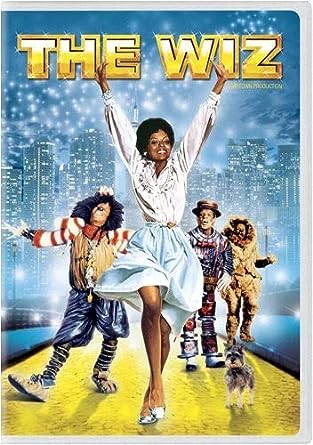 In contrast to the film activities of the Global South, countries with “dominating flows” are no strangers to homogenisation. When media produced by powerful countries, travel across the globe supplanting national and local cultures, this is homogenisation. As a result, local cultural identities are eroded, and the country is shaped from the bottom of the barrel. In that sense it seems to align closer to the ‘globalisation’ in the sense of the idea of the globalised world. moreover, globalisation is not about ‘one size fits all’, but rather, about regional and local self-interest, and there are very few countries that have succeeded in doing this. Globalisation is not about ‘you get what you pay for’. Globalisation is a process in which markets and economies are globalised, in which the most powerful countries and the wealthiest individuals can benefit from economic and social policies that undermine the interests of others. (Kapur 1997, p.